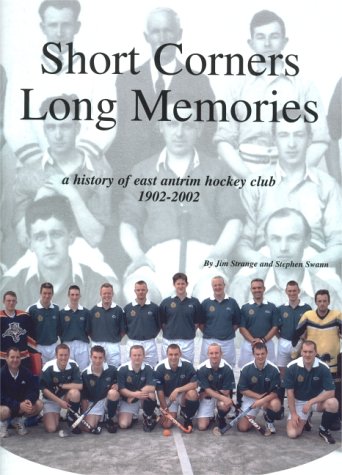 Reseña del editor ""Short Corners, Long Memories"" is the definitive history of East Antrim Hockey Club. Based in County Antrim and formed in October 1902, the Club has had a colourful history - albeit one which has not netted the heftiests of trophy hauls. The book provides a stunning array of photographic evidence to support the text - photographs from every decade including a rare 1903 Club photo. The authors have also included anecdotal evidence from some of their more comical past players. And, of course, for the statistically minded, there is the usual lists of championship winning teams, international players and Club figures of significant importance. All in all, a book that will not only appeal to those with a close connection with the Club, but also to the wider hockey fraternity. Biografía del autor Jim Strange starting his hockey playing career with East Antrim in the early 1960s. A Club stalwart for many years, Jim also managed to find time to give service to Ulster Hockey's governing body. Stephen Swann, on the other hand, found himself wearing the green shirt of East Antrim in the mid 1980s, almost by mistake. His career that followed, however, was no mistake as he became the Club's second longest serving Club Captain.